House of Fiction: Clare Calvet’s Book of the Week

ABC Australia Book of the Week 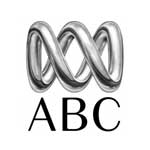 House of Fiction was chosen as Clare Calvet’s Book of the Week on ABC Radio during the Sydney Writer’s Festival. Here’s an extract from Clare’s review and you can read the full text on the ABC website.

Susan Swingler is an English archivist, researcher and photographer. ‘The House of Fiction’ is her first book.

What a devious pair they were Leonard and Elizabeth Jolley. It is truly harrowing the why’s and wherefore’s as to the deliberate abandonment of four-year old Susan. She was left behind in England with her mother Joyce (Leonard’s first wife), as the Jolley’s sailed to Australia in 1959 with their own daughter Sarah who as five weeks older than Susan. They left strict instructions to Joyce that it was imperative to inform Susan that her father had died. So many questions, why were some of the family member’s complicit in this humungous lie?